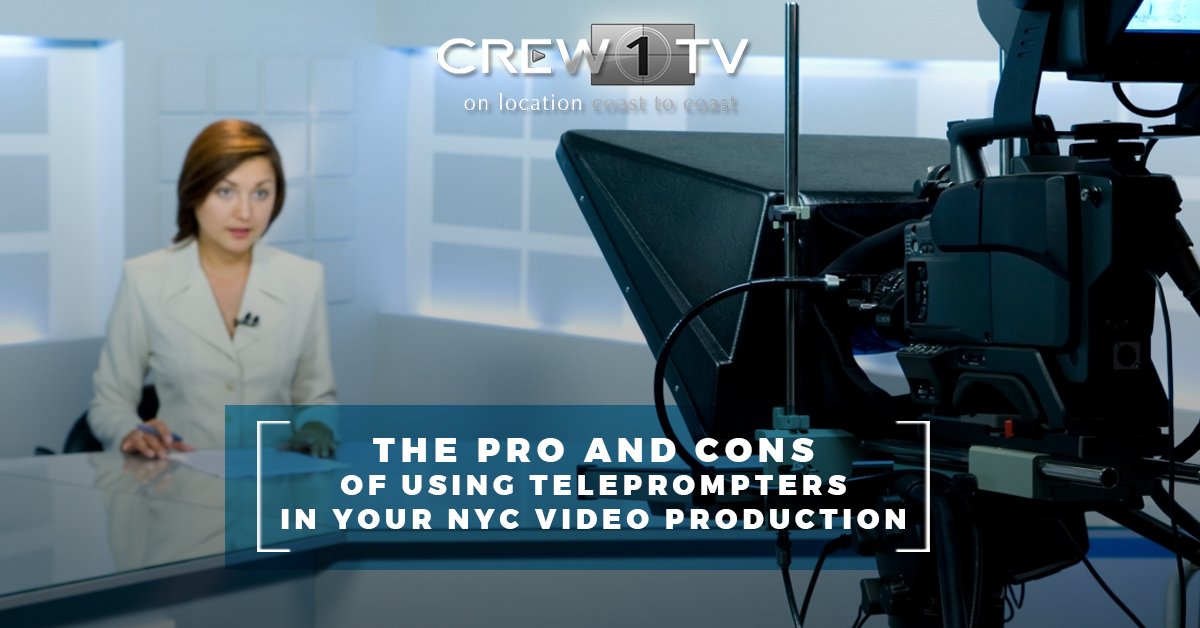 Teleprompters were originally invented in order for newscasters to make an even more intimate connection with their viewers. After all, the teleprompter allows someone delivering news to stare directly into the camera with fewer interruptions, which tricks the human viewer into thinking that they are on friendly terms with the newscaster. It not only prevents the newsperson from looking down at the papers in their hand, but also means that it isn’t as important if the papers get out of order or dropped to the floor. Oh, and it also stops the amount of paper rustling that is picked up by the microphones.

Today, teleprompters are used in a myriad of situations. Yes, newscasters still use them, but they can be used by an actor making a pre-recorded speech for a telecast or by a business owner making a video for employees. HR videos, such as training and sexual harassment videos, also use teleprompters in order to speak directly to the viewer and streamline the process.

How Does A Teleprompter Work?

The teleprompters you’ll see most camera crews in New York using tend to be made of four parts: the two-way mirror, the tablet or laptop that contains the text, a hood to block out the light so that the two-way mirror will work correctly, and the rig that attaches to the tripod to hold all of these items.

What Are The Advantages of Using A Teleprompter?

Teleprompters are a great tool used in video production. Here’s how they can help.

What Are the Disadvantages of Using A Teleprompter?

The advantages of using a teleprompter far outweigh the negatives, but there are a couple of things to consider.

Ready To Get the Best Camera Crew in New York?

Whether you need a full HD film crew or just need a small crew and a teleprompter, Crew 1 TV is ready to make the most of your production. We’ll get everything set up so that your shooting day with a teleprompter goes incredibly smoothly. Contact our camera crew in New York today!